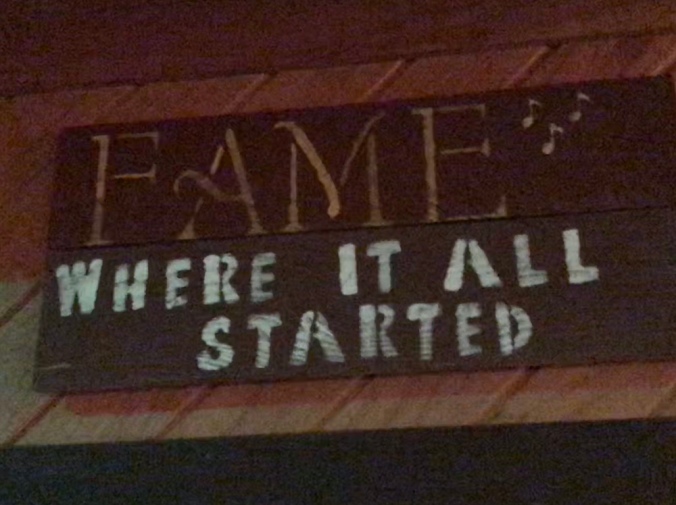 We woke early even though we didn’t really need to…we’ve kind of become early risers, I guess. We wanted to tour the FAME (Florence Alabama Music Experience) Studio and needed to get over there by 9:00. We just started planning to ride our bikes, as that is generally our only option. It turned out to be a 40 minute bike ride according to Google. We asked the desk clerk for advice on a route and she said “we have a taxi service.” Great idea.

So we were driven over to the studio and got a tour from one of the guys who works there as an engineer. If you’ve seen Muscle Shoals, the documentary, you’d recognize the dark paneling, the walls lined with photo and gold records and the recording studios. We went into Studio B and there were guitars, amps, organs and pianos, and a control room from which so many artists and producers looked out at the magic. Our guide sat down at an old (and little) Wurlitzer and played the first notes of Aretha’s “I Never Loved A Man” and we got chills… it was that instrument that Spooner Oldham was sitting at as they were struggling with the song and plunked out those notes as he was just thinking.

It was sort of a holy place, and one which is still a working studio. As we were being shown around, musicians began to arrive, a drum kit was set up, and in walked the original Swampers bassist, who was playing on today’s session.

It made us want to stay longer in town, but we had about 50 miles ahead of us. Since we would be staying at a state park tonight, we needed to find food to cook. We got those foil packets of pasta and more of salmon, and even a can of peas. Then went back to the hotel, packed the food in our bags and pulled out.

It was a pleasant ride – the Natchez Trace has to be about the best biking anywhere- great roads, little traffic, beautiful scenery and quiet. We pulled into a rest stop as a large group of supported cyclists was having lunch. They were raising money for cancer research while riding the Trace from south to north. Their organizers had supplied them with cold chicken, salads, fruit, chips, all kinds of beverages…we were amazed. They were very interested in our trip, though they seemed to like doing it their way, and we were a little envious, or maybe that was just me. Our lunch was crunchy peanut butter in a tortilla. It was good.

We’re staying at Tishimingo State Park, about 45 miles up from Tupelo and just across the state line in Mississippi. We have an old cabin built by the CCC, charming and very very rustic.

We’ll be in Mississippi now until after we leave Natchez. We’re making some adjustments to our route and are trying to calculate and map routes from Baton Rouge to New Orleans. 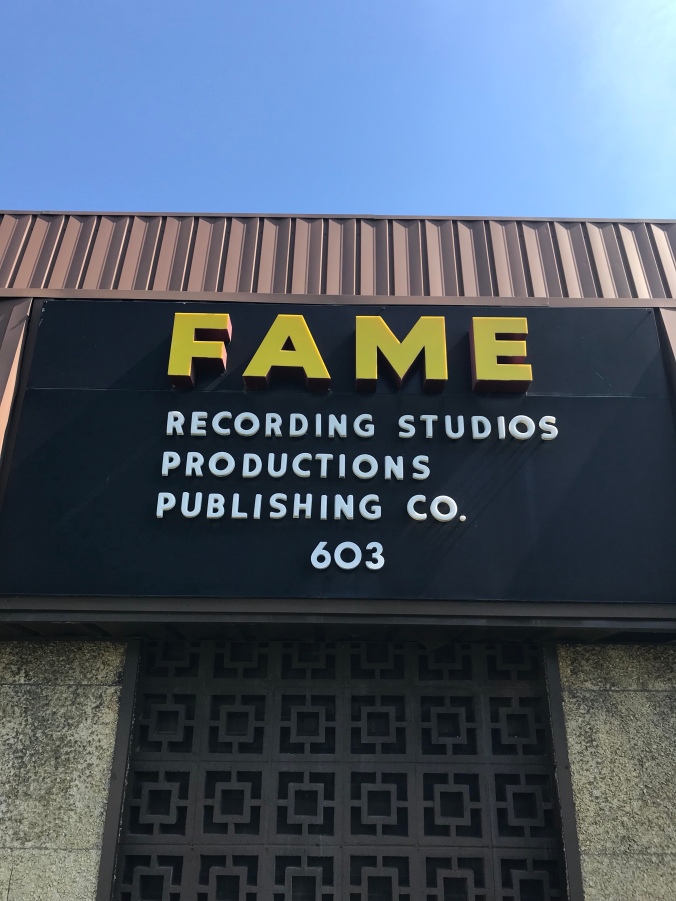 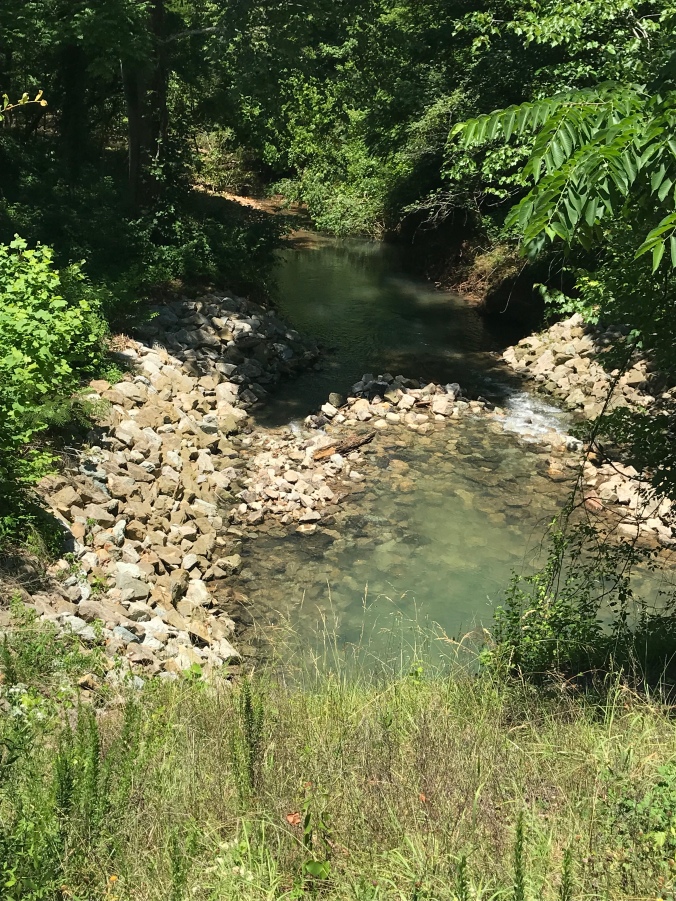 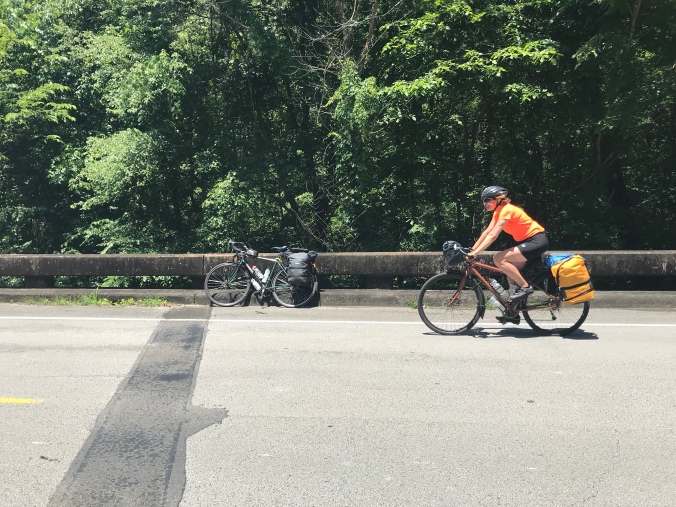 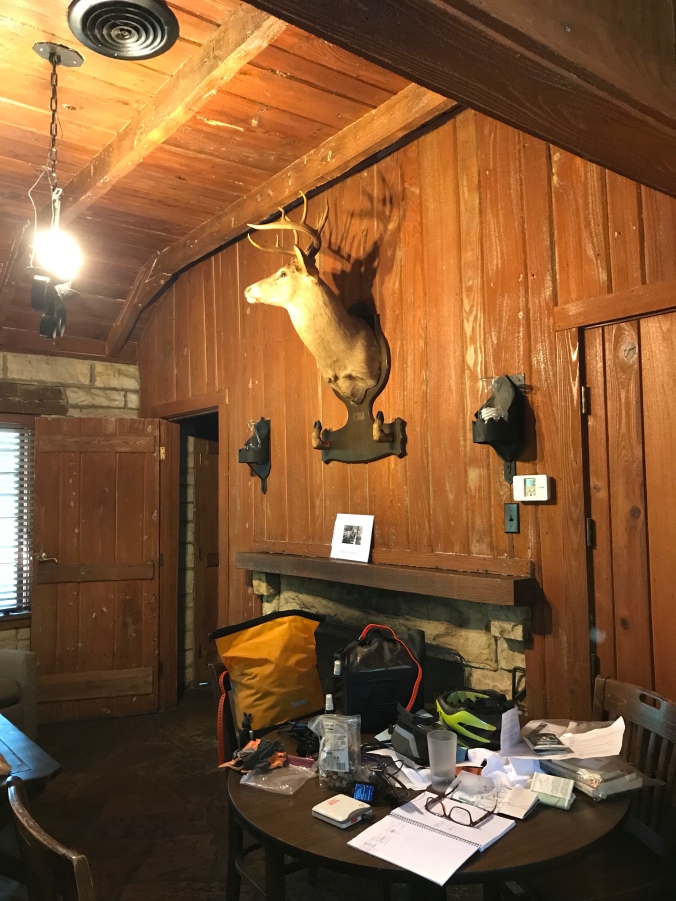