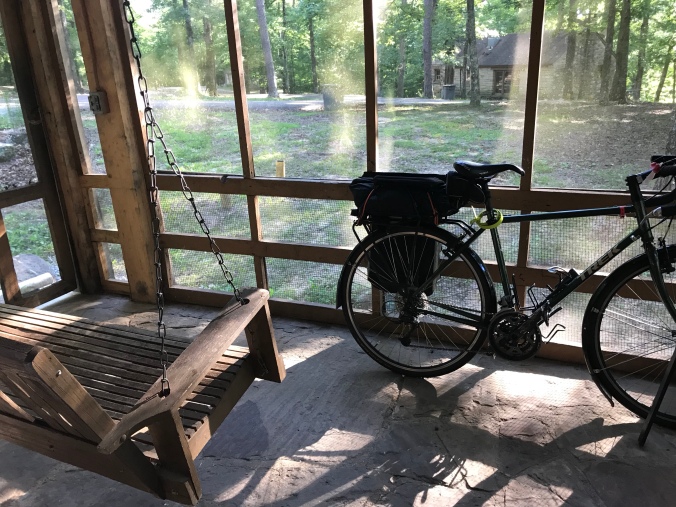 We had a lovely evening in our CCC era cabin in the Mississippi woods, sitting on the porch swing and watching the fireflies and listening to the birds and cicadas and jazz playing on our little speaker until it got dark. This morning we made coffee and had some peanut butter and bananas for breakfast in honor of Elvis, though we had to put them on tortillas instead of toast…still, it got us off to a good start on our trip to Tupelo, his birthplace.

The ride out of the park was about three miles of quiet, wooded roads, and a grey fox ran out between our bikes, which delighted me as one had crossed my path on the way into the park as well. We got back onto the Trace and the traffic was light and the day was still cool and it was good to be reminded that while it was only 45 miles to Tupelo, we have 304 miles to go to get to the trail’s end. (And then we’ll have a couple hundred more miles to get us from the end of the trail in Natchez to New Orleans).

We ran into Carlos at our first water stop which was a lovely surprise, and also talked to some folks who had driven from California in their camper and were heading to an anniversary celebration in New Orleans. At one point we stopped to see thirteen unknown Confederate soldier’s gravestones, placed just off of the old Natchez Trace path, and were surprised to see them adorned with flags and little talismans, rocks and coins and leaves and more. Reminders of the Civil War are all around us and it does not seem like a distant past for many residents of this part of the south….

The riding was easy and we were at our hotel by 1:00. Our first order of business was to sort through our gear and ride over to the UPS store with all of the camping stuff since we are planning to stay in hotels or bed and breakfasts from this point on, and decided to reduce what we are carrying. They were very helpful, and we boxed up everything and then asked the staff there for a recommendation for lunch and they suggested the Neon Pig, across the street, which had amazing sandwiches.

After lunch we started our laundry and took a quick swim in the small outdoor pool where we are staying, and had fun watching one of the Elvis impersonators here for this weekend’s festival as he was asked to sign autographs poolside. We went to see round two of the Elvis contest happening this weekend after we had some clean clothes to wear, and it was a blast…there were some really talented people who get the spirit of Elvis and didn’t play to the stereotypes that seem to be typically the case.

All in all it was a lovely evening in town, and as we approached a funky restaurant named Kermit’s Outlaw Kitchen, we saw part of this quote on the chalkboard outside the restaurant, a quote we had read earlier from Anthony Bourdain after we learned of his death:

“If I’m an advocate for anything, it’s to move. As far as you can, as much as you can. Across the ocean, or simply across the river. Walk in someone else’s shoes, or at least eat their food.”

He was so provocative, and interesting, and smart about food, and travel, and I find myself often thinking about his book, “Kitchen Confidential” while eating at any restaurant…including tonight’s.

We have moved far into the south on this journey, crossing many rivers, and we have been nourished and sustained by food prepared by simple cooks as well as some great chefs along the way…so terribly sorry that he was in such pain… he will be missed. 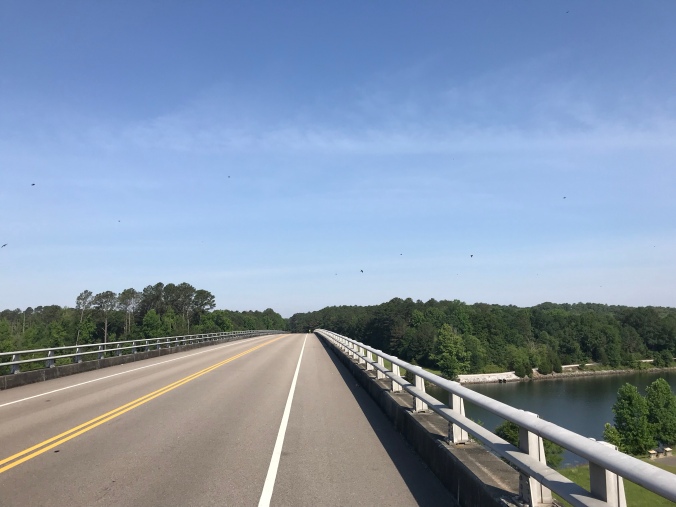 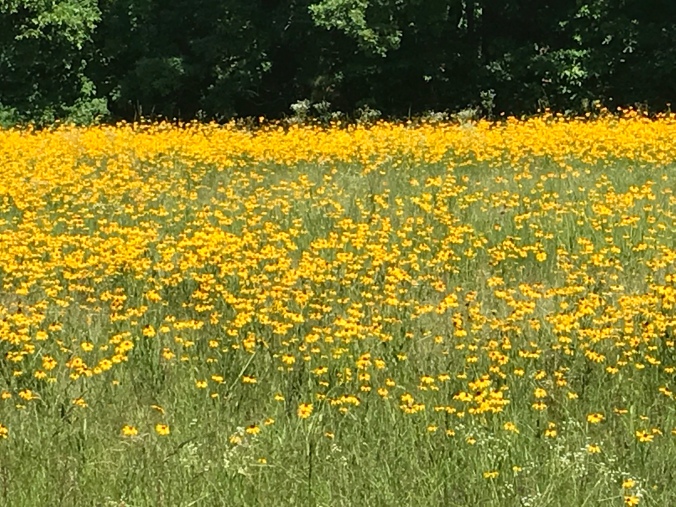 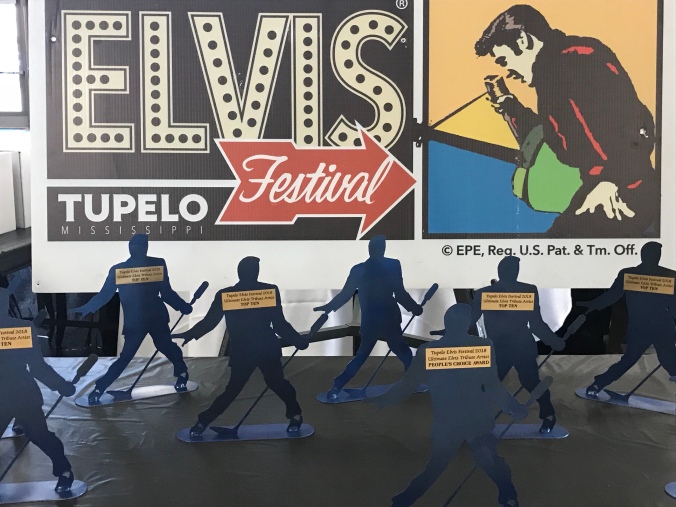 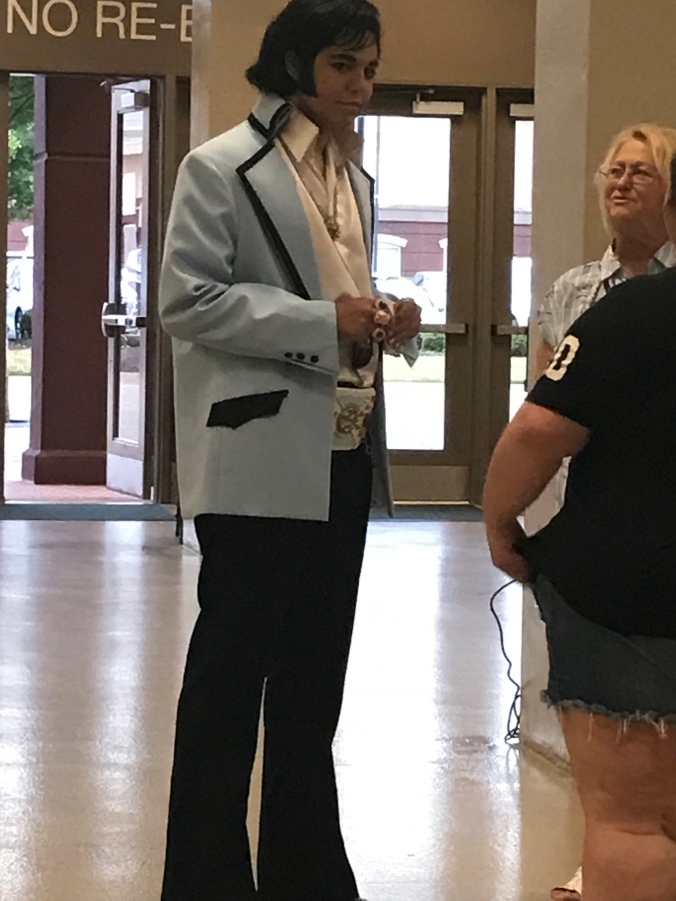 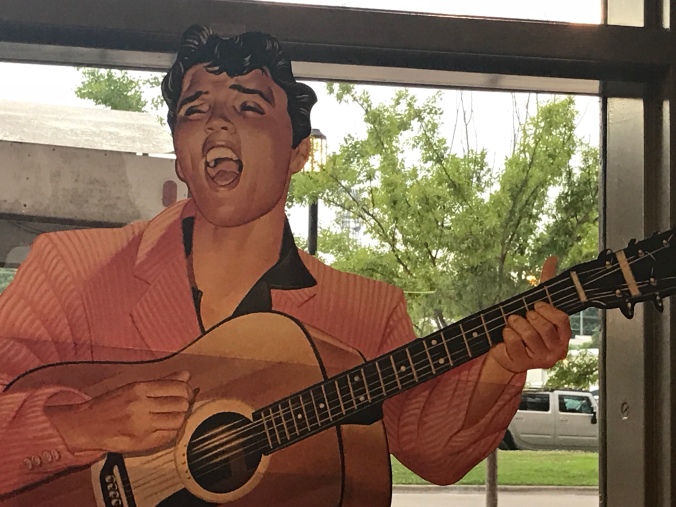 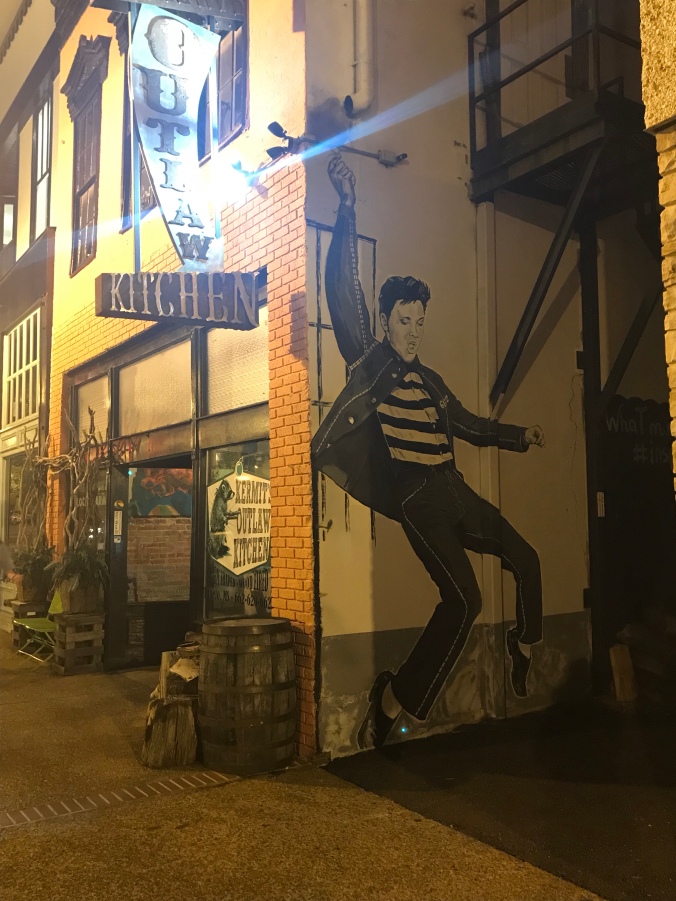 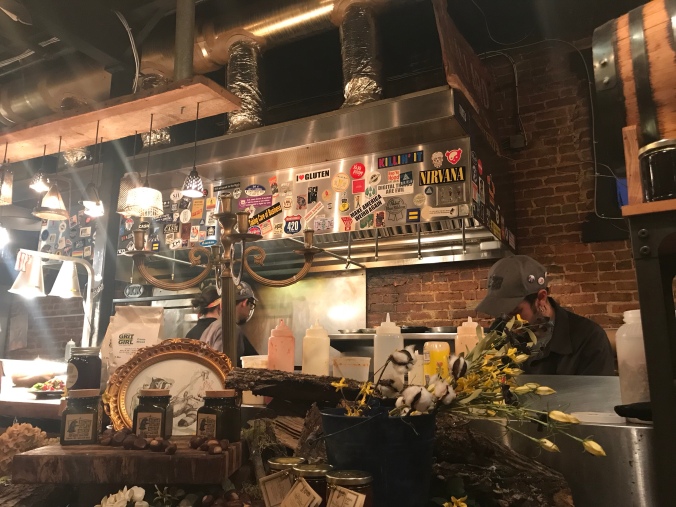 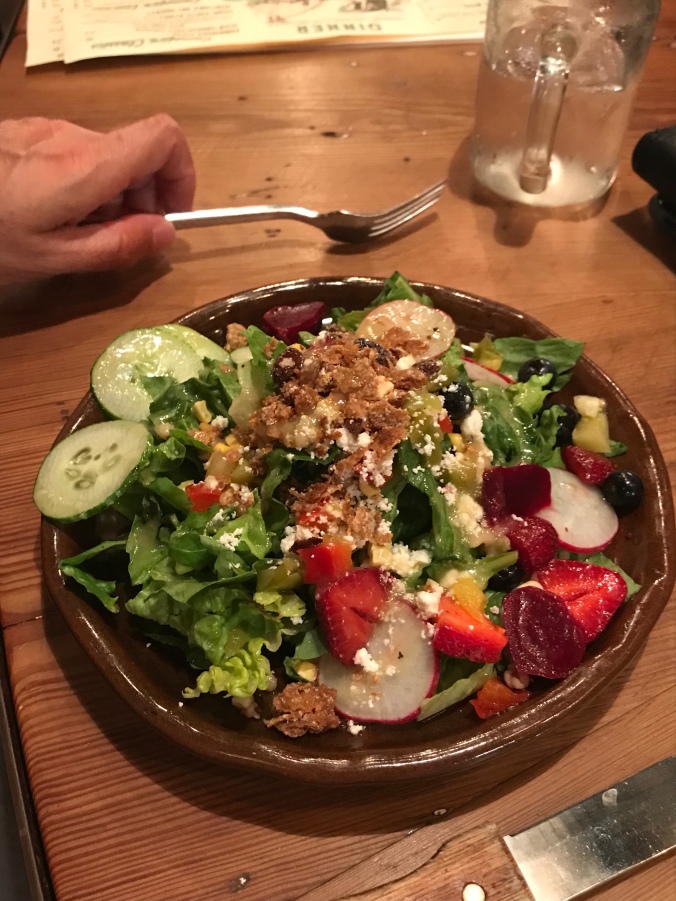 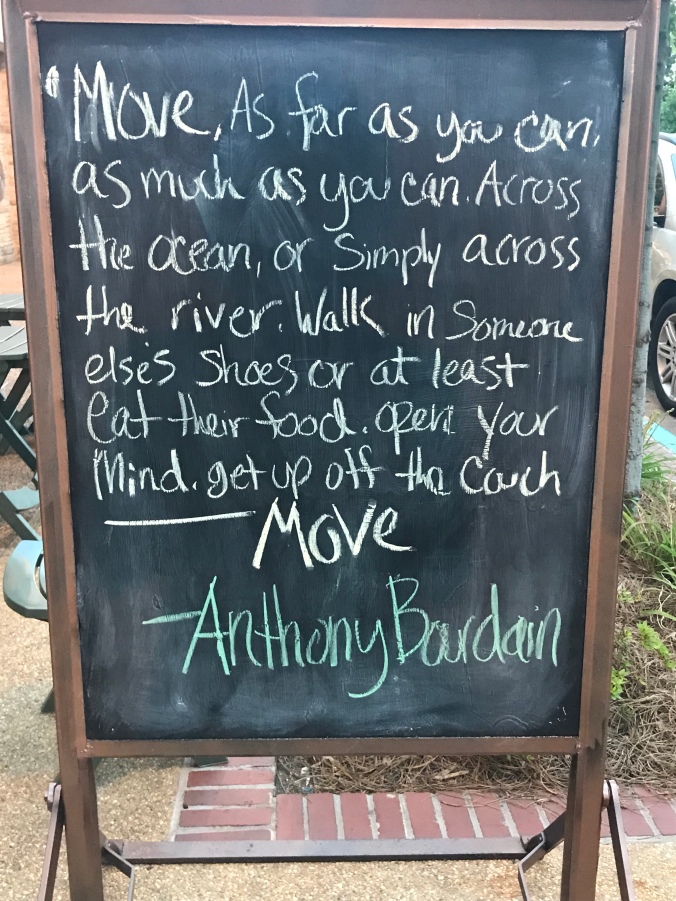