I slept so well last night. It must have been the discordant frog chorus that lulled me all night long. We had to have our bags (one bag of camping gear and one of clothes) loaded on the truck by 7:30. We are not exactly morning people, as some of you know, but everyone gets up early on these rides and so did we. We were on the road at 7:20.

The day was nearly perfect: cloudless and not too hot – I don’t think it hit 80 – the only downside was a persistent and robust wind from the north. Columbia is about halfway between St. Louis and Kansas City, so I guess this is central MO. Which might explain the name of Centralia, which we rode near. (Footnote: not a dis on Missouri, but not very original with the town names. Last year we rode through Louisiana, Missouri. On this trip, we’ll be in or near Mexico, Paris, Santa Fe, and Florida as of today.)

From Mexico, at the halfway point, to the end at Perry, we rode pretty much constantly into the aforementioned wind. The landscape was like MN/IA farm country – pretty, rolling hills, a few that were steep – my favorite had a cemetery at the top, appropriately. “Uphill and into the wind” as they say.

Lisa kind of buried her lede in yesterday’s post. Folks, she is two weeks out from a total hip replacement and riding 300 miles through this country. She is amazing.

We pulled into the little town of Perry (pop 693) around 2:00 and set up the tent, got my bike tweaked, took showers and recharged the many electronics we now carry – watch, bike computer, phones, lights, and a big battery pack for when we are away from power.

After showers, we rode the BAM Tram back uptown with Jack and his dog – and he gifted us with Bud Lights (which are a perfect way to rehydrate after a day on the bike) and listened to music and walked around downtown (uptown) Perry before retiring to the campsite for jambalaya and more local music.

Lisa just said “everyone should come to rural America” and maybe she is right. 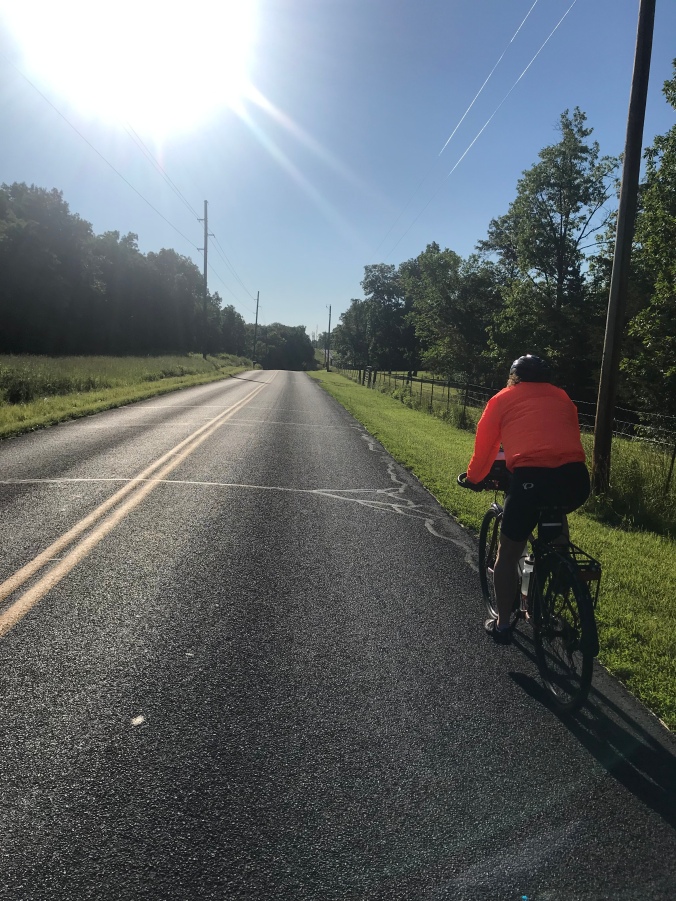 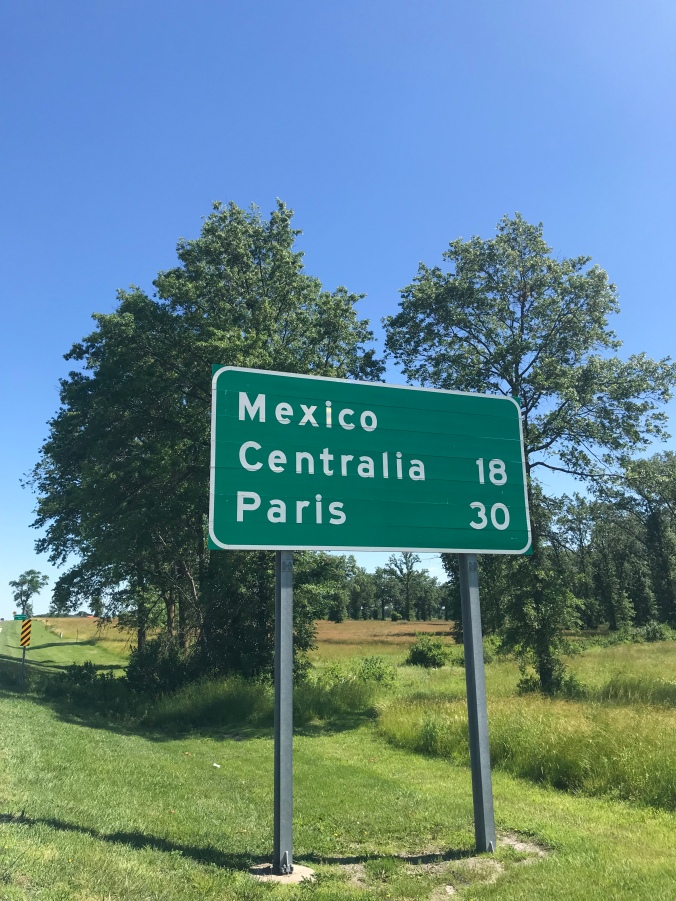 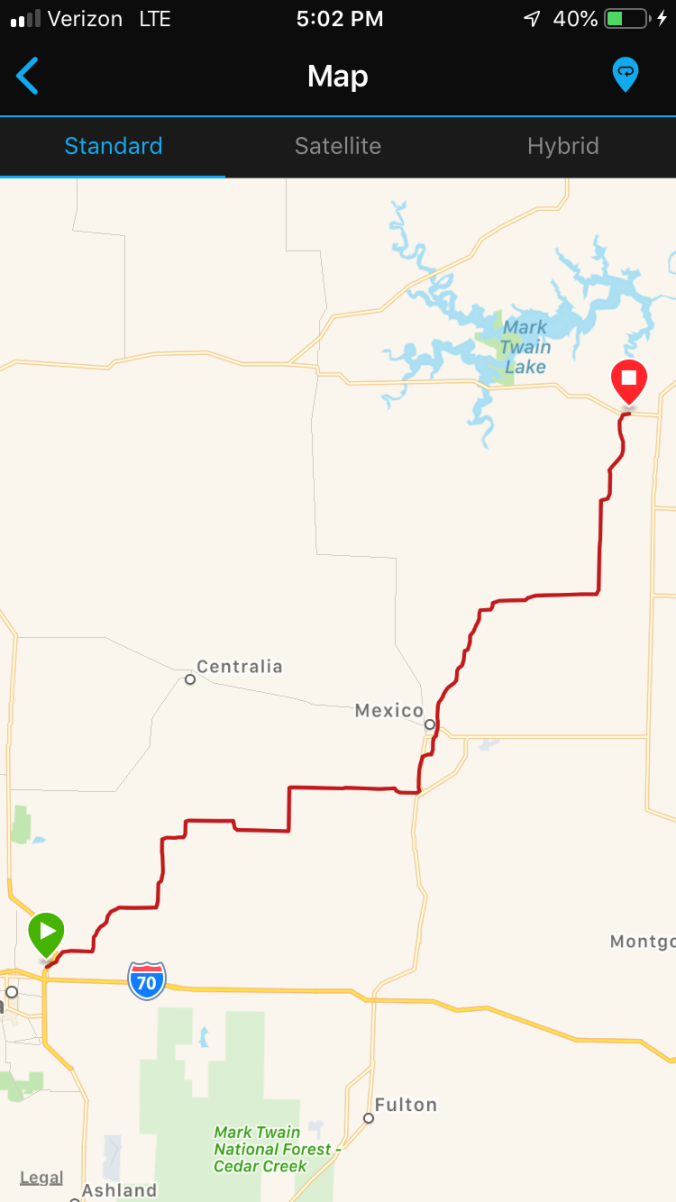 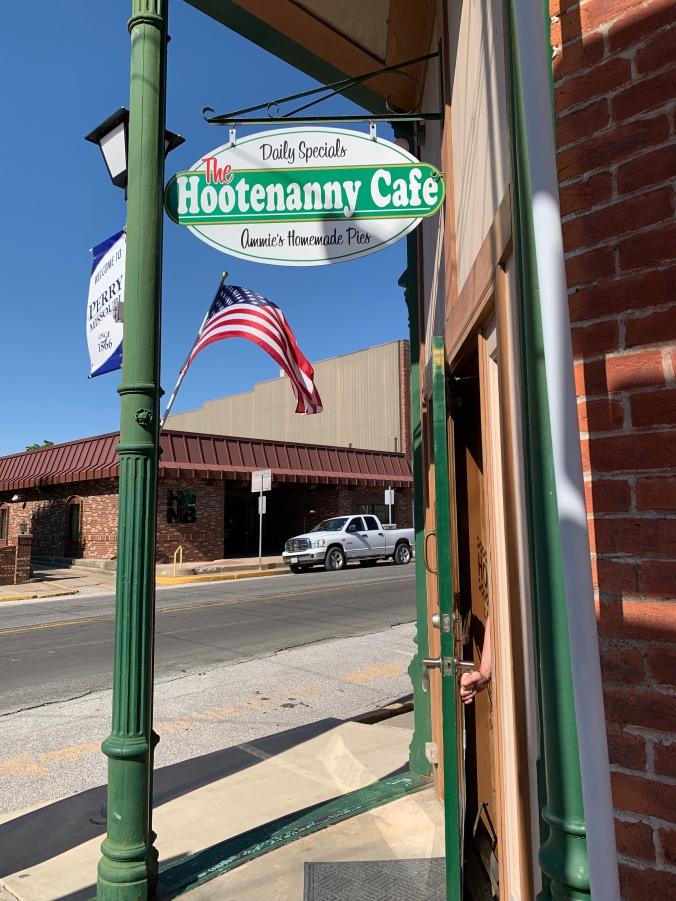 4 thoughts on “Day one Bike Around Missouri (BAM)”