Today was a rest day for us, and it was a relief. We received many kind messages of support after Dan’s post yesterday about how hard the day was…and he wasn’t really looking for sympathy, just trying to be honest about this experience. (And I am grateful to you all for your concern, and lovely comments). He said something like “Lisa was in tears” by the time we arrived in Quincy. I may have instead said something like “Lisa had heatstroke and was weepy and delirious.”

Riding seventy miles through southern Illinois farm country and experiencing thirty or so of those miles without any shade to speak of in the afternoon doesn’t really seem that terrible. But add in the fact that most of those country roads were recently resurfaced and covered with tiny rocks that alternately became embedded in my tires or rolled and popped through the fenders like popcorn before flying out, and that a bee flew in my ear and stung me at some point, and that my left hand seems to be experiencing some ulna nerve problem, and let’s just say it was a trying afternoon. This morning Dan shared the overall ride data including the temperature range from his Garmin, which reported the high at 109 degrees.

So arriving at our little AirBnB in Hannibal for a two night stay with air conditioning and a kitchen was also cause for weeping, though they were tears of joy. We are staying in a remodeled studio in an old lumber worker’s home built in 1850, and learned today from our host John as he was clipping the roses in front that he and his partner Wesley have bought a bunch of properties like this, mostly to house traveling nurses as they cannot attract enough nurses to live here permanently.

The world looks better after a good night’s sleep and we set out on foot for downtown Hannibal, where we ate breakfast at Becky Thatcher’s Diner and visited the Mark Twain boyhood home and museum properties, and wandered through the Twain on Main festival happening over the holiday weekend. As is true with so many of the river towns we have passed through, there is a grandeur in these old buildings along Main and surrounding streets that is not consistent with the way they are now used…what was a thriving enterprise in the 1850s and perhaps for the next 100 years or so is now a little struggling storefront boutique, or a boarded up building that has been vacant for decades. But there is great history here, and it was pretty remarkable to stand in Samuel Clemens’ house with a group of excited Chinese tourists who had clearly read his work as Mark Twain and were in awe. I learned more than a few things about Samuel Clemens and his childhood friends who became characters in Tom Sawyer and The Adventures of Huckleberry Finn, as well as about his family. I knew that Hannibal was divided over slavery but did not know that the Clemens family owned slaves, and that casts a different lens on reading his work, and I have just started reading some of Toni Morrison’s reactions to Huckleberry Finn as a result. This is a part of this trip that we are both uncomfortable with, and should be… it’s part of our nation’s identity that we don’t condone, or understand, and grieve over.

The rest of our day included naps and reading on the porch and watching the sky get clouded over with a short-lived rain that cooled things off some, and then we walked back to the Mark Twain Brewing Company for dinner and I said goodbye to Dan to go on the Haunted Hannibal tour. It was a great way to learn about the history of the city, and hear about a lot of weird and wacky people, and we ended the tour in the old Baptist cemetery as the sun was setting. This was supposedly the graveyard that Tom and Hick visited with the cat, and it was also a potter’s field, and the tour included giving everyone divining rods to use in the cemetery. And that is a story for another day.. 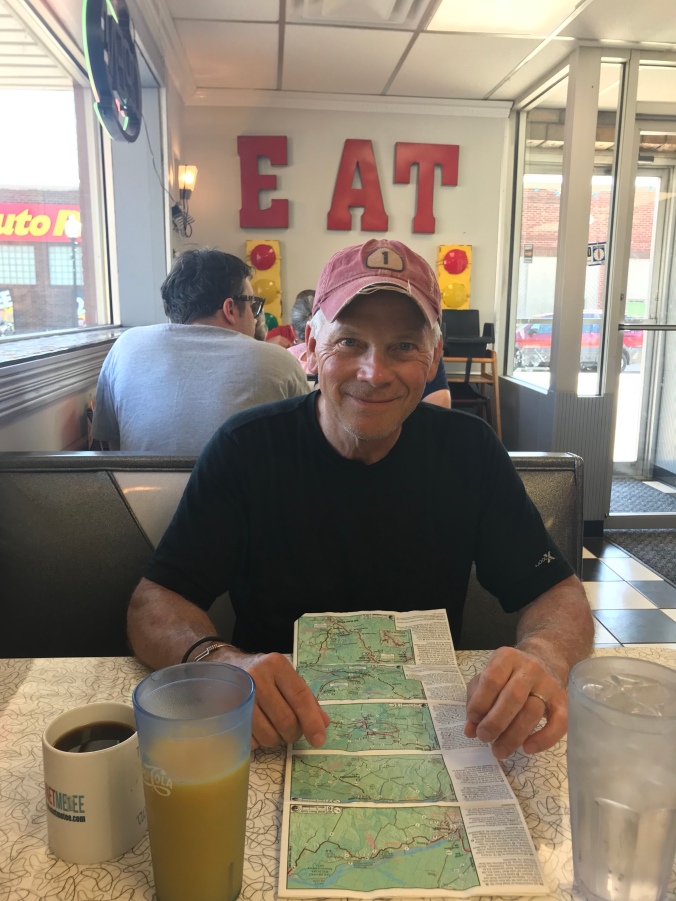 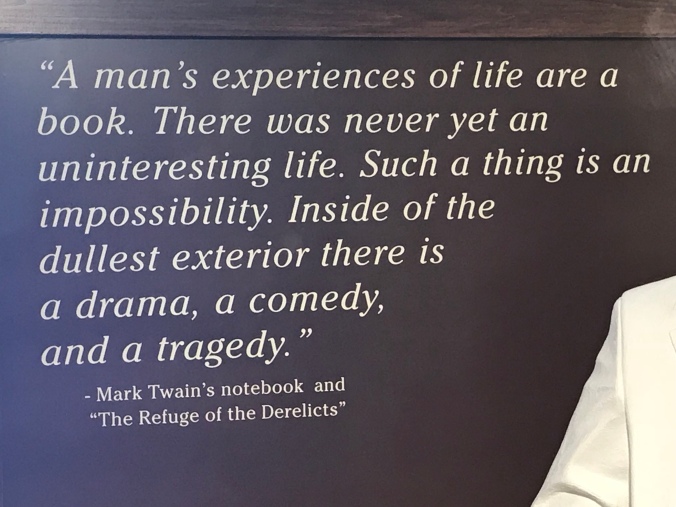 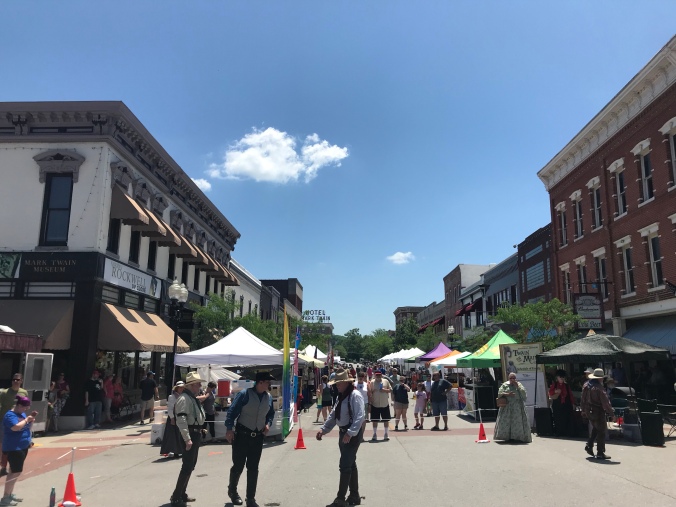 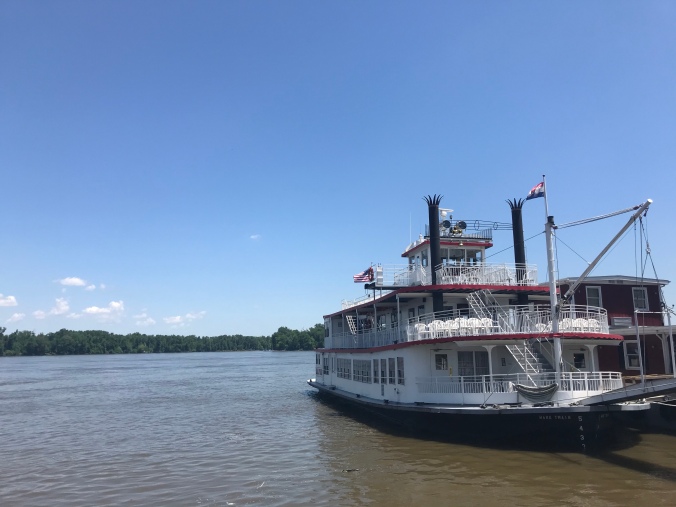 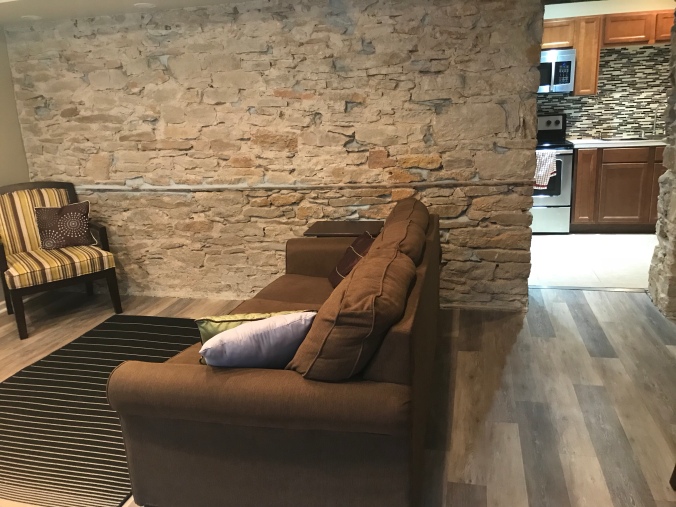 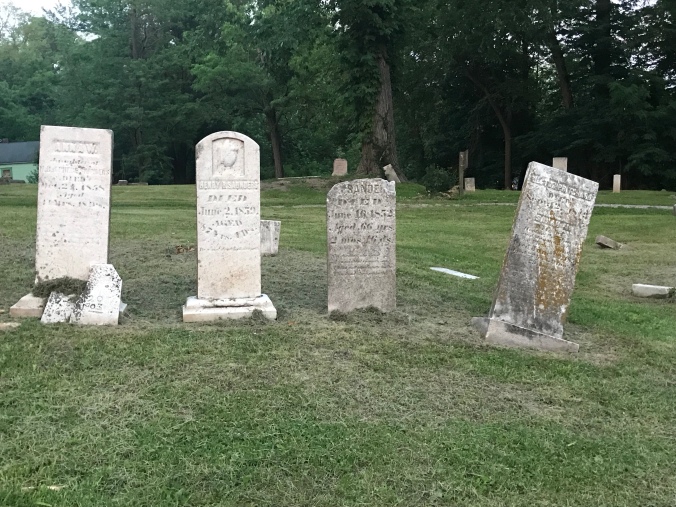