This will be short. As we knew we had a long day ahead (we rode over 100 miles today) we woke early (not easy after partying with Elvises and eating great food the night before) and got back on the Trace. Then we rode our bikes for about nine hours.

It was pretty hot, but the biking was again, just beautiful. With less gear, we had room to carry extra water so we didn’t get dehydrated- though hot water isn’t nearly as satisfying as ice cold water. We exited the Trace at a spot where one of our guides indicated there was a gas station (hoping for water) but found an abandoned store that looked like it hadn’t been a going concern for decades.

We took a short break about 30 miles in, and had lunch at a Subway just off the road at about 50 miles. The teenage boy making our sandwiches looked at me funny as soon as I started talking. He asked where we biked from and I said “well, today from Tupelo, but we started our trip in St. Paul, MN” and he grinned and said “I knew you weren’t from here! You talk funny!”

It was a refreshing break and we drank about three large bottles of cold water and refilled our bike bottles.

At our next break we met Ron, a nice guy on a Harley who was out for a long multiday ride far from his home in Morris, Illinois. We had a great conversation about traveling and he told us he was on a mission to ride through all fifty states and I think he’d done most of them.

The coolest thing about this trip has been meeting fellow travelers like him, with whom we have a kind of immediate rapport.

A few miles farther on, about 20 miles out from the end, we stopped at French Camp for some iced tea. As we sat in the front porch of the cafe, two couples walked up in their biking kit. I asked where they’d ridden from and they first said “we’re from Belgium… and rode from Tupelo.” Which perplexed me. We’d not seen them at all. I asked when they left and one guy said “9:00.” Then I said, because my inhibitions are gone, “how did you get here so fast?” Because we’d left nearly three hours earlier and we’d just arrived. Then I looked over at their fast carbon fiber bikes and looked at our fully loaded beasts. Then one of the women said “we have a van and are taking turns riding.”

Ah! The joy of the following van! That explains it.

We had 20 miles to go and there were thunderstorms in the area, so we took off again. The hills seemed to level out and the storm skirted around us and left the air fresh, cooler and the road wet, shiny and steaming. We finally pulled into this hard to spell and hard to pronounce town and our little motel was right there and with a Mexican restaurant right next door. 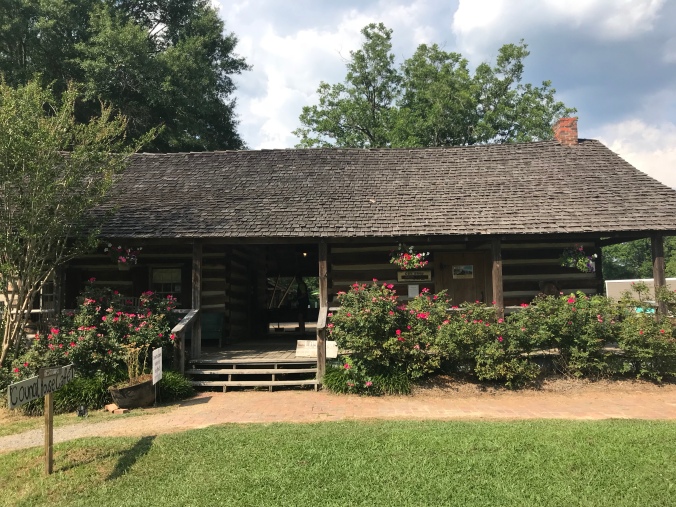 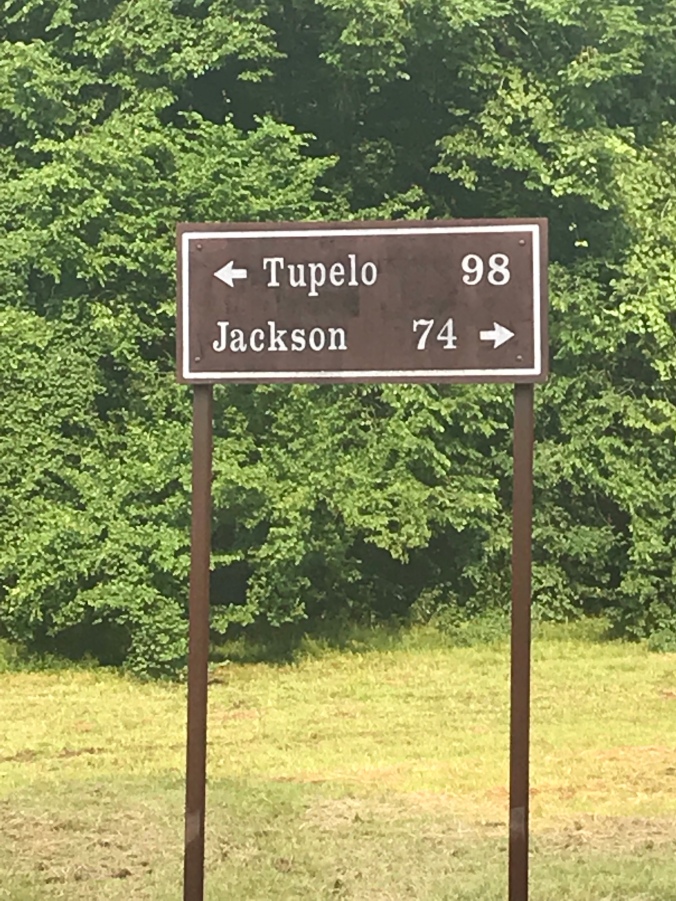